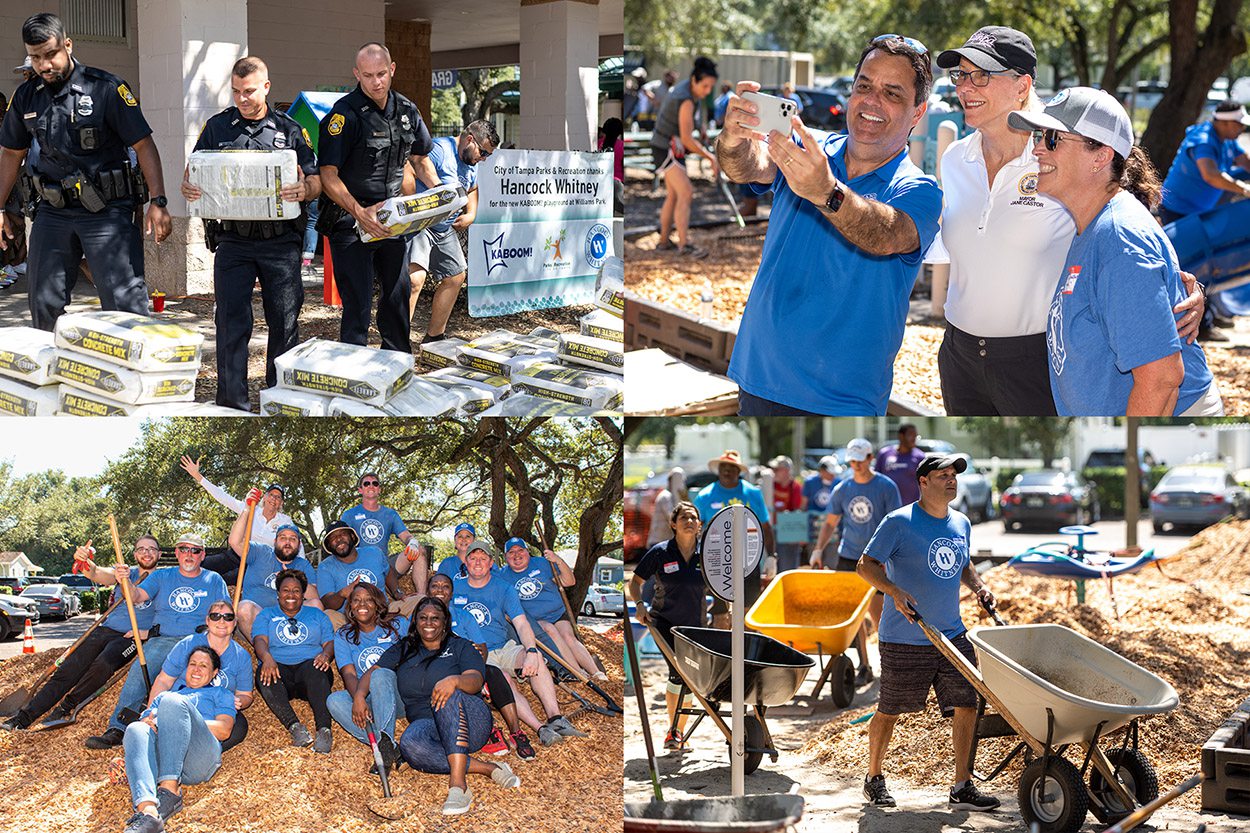 Hancock Whitney bank invited me to come along with them to document their playground build at Williams Park in Tampa, FL. It was a fun to spend two days with them in a playground. It’s not every day that an adult gets to be in a playground. I especially liked this assignment as I got to photograph in a photojournalistic photography style as an unposed and undirected visual narrative of the happenings of the day. While that my overall general approach for this assignment I did pose a few groups or snuck a photo or two when the volunteers were taking their own photos or a selfie.

Hancock Whitney first had me document their design day on July 12th. This is when they take input from members of the community and most importantly the parents and children who will use the playground. It was cool to see the design session and listen to the community’s input on what the playground should be. A few months later I was back to document the build day.

When I arrived that Saturday morning at 8 AM, I didn’t know what to expect. I saw that the old playground was removed but saw an empty lot. I was like “there is no way this will be built in a day.” Once I saw the 150+ volunteers that arrived to assist on the day I knew it could happen. Teamwork!!! At 9 AM there was a prep rally, a team assisted stretch and then the volunteers were off in design teams. Throughout the day, a DJ played songs and there were a few moments of dance offs. Later in the day, Mayor Jane Castor arrived with a few Tampa Police Officers and they assisted on the project as well.

At 3 PM that day the playground was built! How awesome is that!!!!

Check out the photos from design day and build day below!