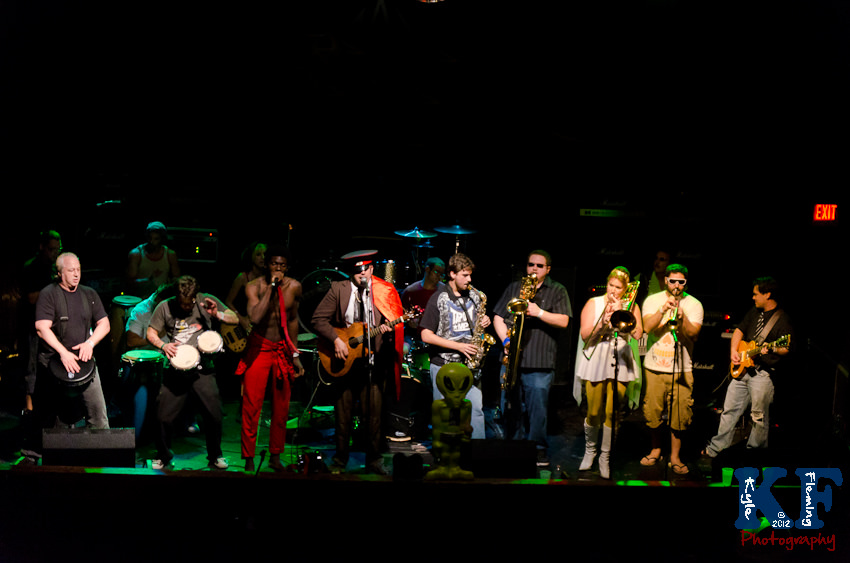 As a photographer, I am often presented with challenging lighting situations where I have to use leaned skills to capture the photos. As you read back in April, I photographed the Gaparilla Fashion show.

My next challenge involved another new area of photography for me; band photography. The group, Fall on Purpose, performs all over the Tampa Bay area and could have a gig at an event you’re attending. The performance they asked me to shoot was at State Theatre St. Petersburg. The lead singer, Matt Bistock, told me that this gig at the theater was a monumental performance for them since they have been performing for 10+ years.

Fall on Purpose is not your ordinary 5 member band, but rather a 15 member band with guitars, drums, and even a few wind instruments. Being that they are a 15 member band made creating a group photo of the band while on stage a challenge. What made shooting for Fall on Purpose more fun was that they had videographers also on the set recording the event creating a documentary. As a photographer, it is sure fun working with other professionals like videographers because we often have to plan the working space so that we are not getting in each other way. With tripods and expensive gear you sure want to avoid accidents.

To capture more of their story, I attended their rehearsal a few nights before the performance at Circle Rehearsal Studios in Largo, Florida.

I surely enjoyed capturing the photos for the band. I’m sure I will see them perform in the future. Check out these other photos from the rehearsal and their performance in St. Petersburg, Florida.