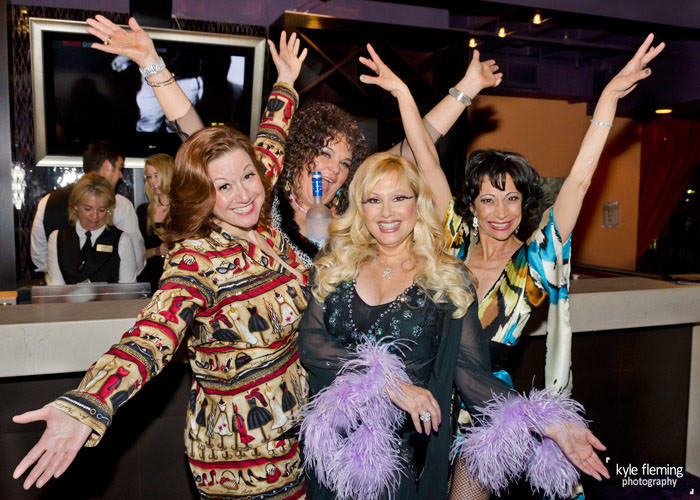 The Rhonda Shear‘s Comedy Pajama Party at the Mahaffey Theater in St. Petersburg  was so much fun. This show featured the best of both worlds – that is comedy and fashion, and it wasn’t just the models who were fashionably dressed wearing the latest from Rhonda Shear intimates, but it was also the attendees. This is because those who attended were encouraged to wear pajamas or maybe something a bit more “sexy.”

For those who attended the show know first hand how funny the acts were. The entire theater was laughing their PJ’s off, and these weren’t jokes for your children to hear. For those who want to view your Red Carpet photos they are available by clicking on the photo below. The photo above took so much planning, but well worth it.

Getting these funny ladies together in the same spot was a lot harder than I originally thought. Ludo Vika takes off her bra I certainly didn’t think I was going to have a private performance from Ludo Vika, but I did!