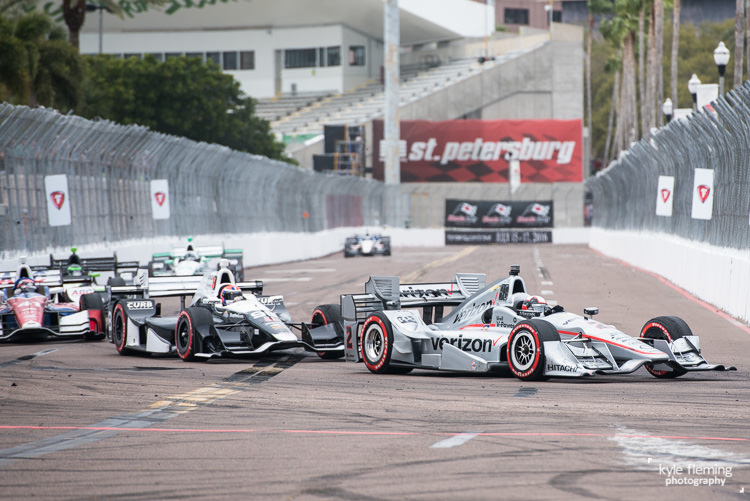 The day starts for us photographers in a photo meeting at the Mahaffey Theater where we learn the do’s-and-dont’s of shooting a IndyCar race. Basically play and shoot smart, watch the wall and track, and lastly don’t end up on a hot track. We also got some info on all the photo holes  around the track that provide unrestricted views of the track. About playing smart – some of these holes the cars past just a few feet away from you.

The Firestone Grand Prix of St. Petersburg is not only IndyCar but also includes Super Stadium Trucks and the Pirelli World Challenge series. What is great about the Firestone Grand Prix is that in includes all three levels of the Mazda Road to Indy series featuring Cooper Tires USF2000, Pro Mazda and Indy Lights. Did I mention that drivers in the US2000 program can be 14 years old – wow. When they win no champagne for them :). IndyCar Racing on the Street of Downtown St. Petersburg #9, Scott Dixon passes as seen through a photo hole