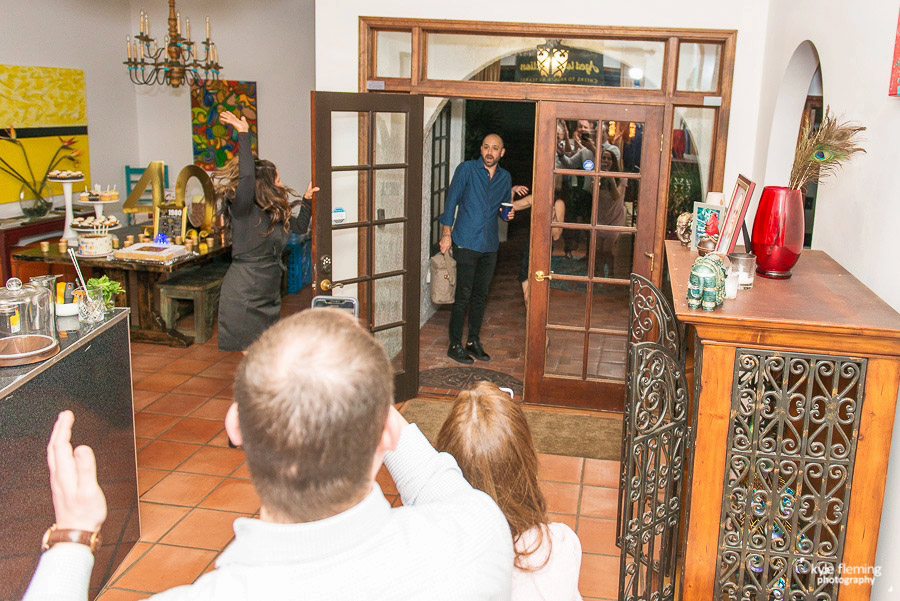 It was a great evening of friends and excitement at Paul’s 40th Birthday Party. This was no ordinary Birthday Party but a surprise with 40 of his best friends and family. Some from the Tampa Bay area and some from afar. Paul’s wife contacted me to photograph the party a few weeks ago and I was excited to do so. The plan was that Paul was going out to dinner the weekend before his Birthday but was going to “pre game” at the friends house before the dinner reservation. Paul was certainly surprised when he opened the door and saw the crowd of people in the house.

As a photographer I love photographing intimate house parties. Being there as the photographer allowed my client to enjoy the party with her spouse and friends while a I was there to capture the story of the event. Check out the photos below!

Check out what my client said about my phtography services!

“I hired Kyle for the first time to capture my husband’s surprise party. Less than 24 hours later he sent me a link with access to all the photos. We were blown away- Kyle captured the entire night in detail! His pictures were organized and caught different angles of the party. I will definitely be using Kyle in the future!”